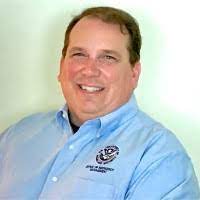 Todd De Voe is the Director, Emergency Management for Titan HST and the host of the leading emergency management Show EM Weekly. Todd involvement in Emergency Response, Emergency Management, Education and Volunteer Management started in 1989 when he became a volunteer firefighter in upstate New York. In 1991 Todd joined the United States Navy and became a Hospital Corpsman assigned to the Fleet Marine Force. In 2005 Todd was hired by the City of Dana Point at the Emergency Services Coordinator. In 2008 Todd was asked to be on a steering committee for Coastline Community College, as they developed their emergency management program, later that year Todd was invited to join the faculty.

Todd is the President of the International Association of Emergency Managers (Region 9) and is the Region 9 representative on the University and Colleges Caucus.

Dr. Craig Trevor HansenRandy Rozzell
We use cookies on our website to give you the most relevant experience by remembering your preferences and repeat visits. By clicking “Accept All”, you consent to the use of ALL the cookies. However, you may visit "Cookie Settings" to provide a controlled consent.
Cookie SettingsAccept All
Manage consent

This website uses cookies to improve your experience while you navigate through the website. Out of these, the cookies that are categorized as necessary are stored on your browser as they are essential for the working of basic functionalities of the website. We also use third-party cookies that help us analyze and understand how you use this website. These cookies will be stored in your browser only with your consent. You also have the option to opt-out of these cookies. But opting out of some of these cookies may affect your browsing experience.
Necessary Always Enabled
Necessary cookies are absolutely essential for the website to function properly. This category only includes cookies that ensures basic functionalities and security features of the website. These cookies do not store any personal information.
Non-necessary
Any cookies that may not be particularly necessary for the website to function and is used specifically to collect user personal data via analytics, ads, other embedded contents are termed as non-necessary cookies. It is mandatory to procure user consent prior to running these cookies on your website.
SAVE & ACCEPT